The Varied And Virulent Breeds Of Hacker 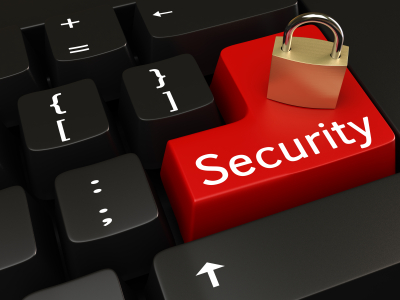 What is the one currency that is never devalued, destabilized, or inflated? Not gold, silver, or diamonds. Here’s a hint, although it may manifest itself on a computer screen or in a hard drive it is not even physical. In the modern world where everyone from the NSA to Edward Snowden to the crown prince of Nigeria wants to steal your data, it’s become obvious that information is the currency of the future. Sure, you can’t buy a big gulp by teaching the cashier at 7-Eleven how to solve a math problem, but anyone with a business can tell you that knowledge and data are the economic drivers of today and tomorrow.

With knowledge commanding such a premium these days, it’s no wonder people are after it. The interconnectedness of our world just makes it tougher to hide the things that need hidden. The term hacker is certainly a loaded word, but the truth is all hackers aren’t third-world scam artists or guys living in their mom’s basement. Generally, a hacker is someone who tries to exploit weaknesses in a computer system. Accordingly, hackers are classified based on their motivations for exploiting those weaknesses. Let’s take a look at the types of hackers so you know what you’re up against.

If you’ve ever downloaded an attachment you shouldn’t have or replied to that lonely young woman in Russia, you are probably familiar with the concept of black hat hackers. In short, black hat hackers exploit weaknesses for personal gain regardless of laws or morals. Their techniques range from the usual stealing of credit card information to holding entire websites hostage until a hefty ransom is paid.

White hat hackers are a lot like the white witch from The Wizard of oz. Except no one gets crushed by a house. White hat hackers usually contract with companies to expose and fix security threats before the black hats get to them. Many white hat hackers are even certified through the International Council of Electronic Commerce Consultants to prove they won’t steal your data.

As you have no doubt guessed, grey hat hackers lie somewhere in the middle of the black and white hats. Grey hats usually hack into computer networks, then notify the administrator of the breach and offer to repair it for a small fee. Call it aggressive advertising or ransom, but it works.

A blue hat hacker is broad term covering anyone outside a consulting firm who bug tests a system before it is launched. Blue hats are usually contracted by a company in addition to a standard security firm as an extra measure of safety. Microsoft actually hosts an annual Blue Hat Conference in which hackers and Microsoft’s developers exchange information and occasionally scream at one another.

Script kiddie (also known as “skiddie”) is actually something of an insult in the hacking world. Script kiddies are non-experts who use pre-packaged viruses that they downloaded (probably giving them a virus or six) from some sketchy website. While most legitimate hackers have a profound understanding of computers and programing, a skiddie is usually someone’s pale little brother with little to no knowledge of the concepts behind hacking. That’s not to say that they can’t completely wreck your computer system.

While all of the aforementioned types of hackers hack for personal gain, hacktivists are slightly nobler in their intentions. If black hat hackers are sneaky thieves, hacktivists are a loud and rowdy group of protesters. They use technology to get noticed and spread some sort of political, religious, or ideological message. You are probably familiar with the group “Anonymous” that has launched massive DDOS attacks against everyone from PayPal to North Korea. Anonymous is a great example of a group of hacktivists. They have used hacks to spread an ideological message.

That’s right. Hackers aren’t all just unaffiliated loners drinking mountain dew and stealing your identity. Many states, including the good ‘ol US of A run hacking programs. In fact, the US recently claimed responsibility for a virus that attacked centrifuges in Iran, setting their nuclear program back by years.

Sun Tzu, author of The Art of War, famously said “Know your enemy.” Not all hackers are your enemies, but it does help to know them. Unless you are a multinational corporation, odds are low that you will come in contact with the many varieties of hackers. All the same, be aware and use caution. Consider how valuable your data is and think about implementing some extra security measures. Sure, having a firewall might sound cool, but it can be broken by an experienced hacker in a matter of seconds.

The author of this article is Dylan Jones. If you enjoyed this piece you can follow me on Twitter @JakabokBotch. When I’m not writing about hackers and their colorful hats, I’m usually analyzing the best risk mitigation assessment companies I can find.