What presidential candidates need to understand about income inequality 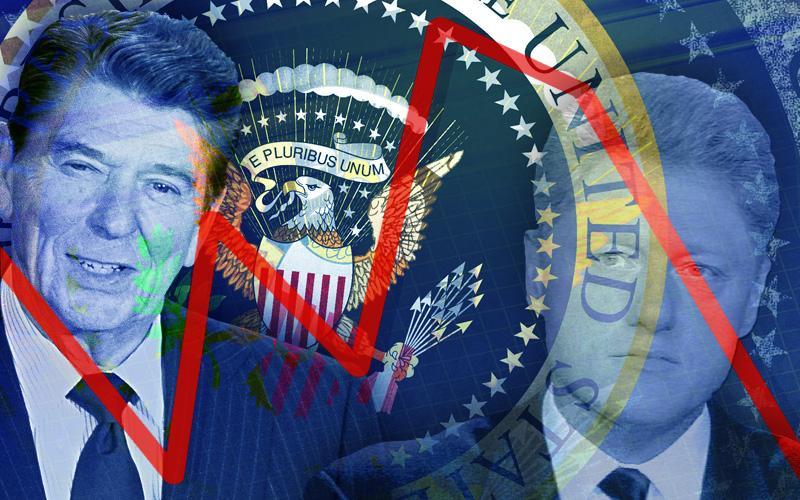 Before I sat down with President Obama to talk about trade a few weeks ago, I called a few economists with different perspectives. One of them was Robert Shapiro, a longtime Democratic advisor, who urged me to look at a paper he had recently written about income growth over the last several presidencies. I did.

At first glance, that paper, which the Brookings Institution published a few months ago without much fanfare or a catchy headline, is just another of those dry papers that Washington’s smartest economists churn out every year and that almost no one else actually reads. On closer inspection, though, Shapiro’s study is a remarkable analysis that refutes much of what we think we know about economic stagnation and inequality.

It’s worth trying to understand the argument here, even if you found your freshman economics class as baffling as I did. Because Shapiro’s data might explain why our politics feels so disconnected from reality — and what next year’s presidential candidates on both sides are in danger of missing.

First, a word about Shapiro, whom I’ve known for years, and why he’s a little unusual in his field. Shapiro went to the University of Chicago at 16 and studied, of all things, metaphysics; he went on to study philosophy at the London School of Economics and Political Science before deciding to take up economics, earning his doctorate at Harvard.

Later, he served as Bill Clinton’s principal economic adviser during the 1992 presidential campaign and directed economic policy at the Commerce Department during the Clinton administration. More recently, he’s done scholarship for the major Democratic think tanks (mostly the pro-trade, pro-immigration NDN, formerly known as the New Democratic Network) while also compiling statistical analyses for a stable of nonprofits, government agencies and corporate clients that include software and pharmaceutical industry associations (which will no doubt make his findings suspect to some liberals).

All of which is to say that Shapiro doesn’t approach this subject looking to validate any particular agenda. Perhaps because he came to economics late and to politics even later, he’s mostly interested in deciphering data, rather than trying to cram it into one ideological box or another.

More than a year ago, Shapiro noted that the Census Bureau had made available online, for the first time, data on household incomes broken down by age cohorts. In other words, before, if you wanted to understand what had been happening to incomes in America, the best you could do was to look at the averages for everyone over time.

But now it was possible, if painfully time-consuming, for an economist to follow distinct groups of Americans as their income rose or fell over a period of decades. And that meant you could track the progress of certain age groups throughout their lives, rather than bundling them together at any given moment with, say, college graduates in their first entry-level jobs.

Robert Shapiro has revealed the complicated truth behind the statistics on income inequality over the last three decades. (Photo: Lise Metzger)

So that’s what Shapiro decided to do by examining the data from the last five presidencies going back to Ronald Reagan’s.

The story we’re always told about incomes in America is one of “stagnation.” On both ends of the political spectrum, there’s an accepted wisdom that income growth for most Americans began to slow in the 1970s and has essentially flattened out. The American Dream is imperiled, our candidates are always telling us, because it’s getting harder and harder for new generations of middle-class Americans to do better financially than their parents did.

It turns out, first of all, that most American families were actually doing a lot better in the 1980s and 1990s than we thought they were. The aggregate median household income — that is, the number we’re used to citing, which lumps everyone together — was about $46,000 in 1982 and had risen to almost $55,000 20 years later. That’s just a little less than 20 percent higher, or an average of less than 1 percent growth per year.

That may be one reason why both Reagan and Clinton were popular presidents, despite their ideological differences. According to Shapiro, it turns out they presided over much stronger income growth across just about all age groups than we previously understood.

After 2002, however, household incomes did more than flatten; they essentially cratered for middle-aged and older Americans. That same group whose income had risen by something like 70 percent under Reagan and Clinton experienced a drop of about 19 percent over the next decade. If you were in your early 50s at the start of the Bush years, generally speaking, your income fell by an average of about 30 percent.

Only the youngest Americans were lucky enough to see their incomes stagnate under George W. Bush and Barack Obama. And while college graduates did better than less educated Americans, their gains were marginal. Most American households tumbled backward.

“As far as we know, this is anomalous,” Shapiro told me. “This has not happened before.”

American incomes rose during the Reagan and Clinton administrations but have flattened or declined since 2002. (Photo: Larry Downing/Reuters)

To put this in its plainest terms, the American Dream that’s at the center of our national identity is not, in fact, in danger of slipping away. For most Americans, it’s already long gone, like Oldsmobiles and New Coke.

The question, of course, is why, and here you will get wildly different answers, depending on whom you ask. For his part, Shapiro contends that some of this trend has to do with policy choices. He credits both Reagan and Clinton for jolting moribund economies while ultimately keeping revenue and spending in balance (in Reagan’s case, later in his tenure), which helped attract business investment.

But mostly what we’re seeing, Shapiro says, is the inevitable result of a global marketplace that forces industry to keep its prices low and its dividends high in order to compete for customers and capital, even as fixed costs continue to rise.

This has led him to a series of solutions, aimed at reducing costs in energy and health care, that most policymakers in his own party would probably reject out of hand, mainly because they involve relieving the burden on industry rather than punishing it. But even if you’re inclined to disagree with Shapiro’s remedies, or even if some rival economist wants to debate aspects of his methodology, there are a few essential conclusions we should draw from his work.

First, we should recognize that neither party is giving us an especially accurate accounting of what’s happened over the last 20 years. Government hasn’t, in fact, throttled economic growth, as conservatives maintain that it has; incomes rose sharply under an activist administration in the ’90s (and under a Republican administration that raised taxes several times) while falling off a cliff under an administration that slashed taxes and regulation.

While the inequality cited by Democrats is real and pervasive, Shapiro’s data shows us that this is really a symptom of a larger structural problem in the economy, rather than the problem itself. Inequality was rising in the ’80s and ’90s too, when most Americans were getting richer and the wealthiest earners were outpacing everyone else. Inequality seems more acute now mainly because while the wealthy continue to soar, college-educated workers are barely gaining, and everyone else has been in free fall.

Second, in an era that has already given us the tea party and Occupy Wall Street, we should understand just why Americans are so angry at their political system. And we should face the reality that the longer this economic trend continues, the more unhinged our politics will likely become, as voters search for scapegoats and easy answers.

When we talked this week, Shapiro pointed to the bizarre situation in Texas, where Gov. Greg Abbott put his National Guard on alert over a routine U.S. military exercise in the state, allegedly to forestall the threat of a federal invasion.

“It sounds psychotic,” Shapiro said. “It is psychotic. So the question is, how can significant numbers of Americans come to believe this? How has their view of government turned so incredibly dark?”

Shapiro believes the answer is in his data sets, and I think he’s right.

You can expect the presidential candidates on both sides to talk a lot this year about bridging the sharp partisan divide in our politics, just as Bush promised to “change the tone” and Obama vowed to blend red and blue into “purple states.” But Shapiro’s study lays bare a stark and underlying truth.

No candidate should expect to change the tenor of American politics if he or she doesn’t have a genuine plan to stem the decline of the American household.

Posted by steve@bayintegratedmarketing.com on May 21, 2015 in All, Business, Entrepreneur, Finance, Market, Marketing and Sales, Money, Small Business, Start-up, Uncategorized