This viral tweet about Thanksgiving and Native Americans deserves our attention.

The tweet, published on Nov. 16 by user @lilnativeboy, has amassed over 100,000 likes and tens of thousands of retweets because of its powerful — and entirely sobering — message.

The tweet is referencing 2016 protests on the Standing Rock Sioux reservation that turned violent.

Last fall, indigenous demonstrators — or self-identified “water protectors” — rallied to protect the local land and water from construction on the 1,172-mile-long Dakota Access Pipeline. In November that year, when officials became agitated with their ongoing presence, the demonstrators were sprayed with water and tear gas in freezing cold weather. That same fall, security dogs reportedly bit protesters on multiple occasions. 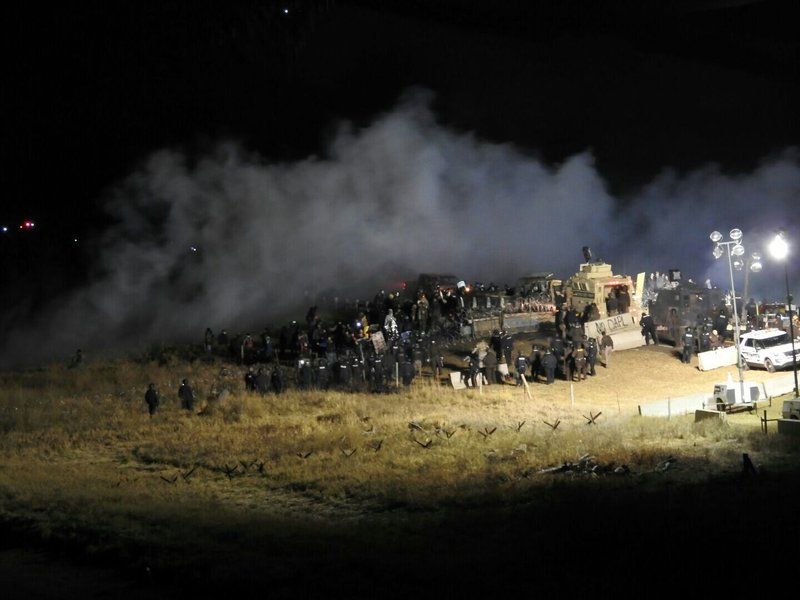 Between then and now, a lot has changed; most notably, an oil-friendly Trump administration took the reins in Washington, approving the final pipeline construction permit needed in February 2017.

Trump has opened the floodgates (so to speak) on a number of oil infrastructure projects; among them is the also controversial Keystone Pipeline, which is disrupting much of the same upper Midwest region as the Dakota Access.

One year later and with Thanksgiving upon us, demonstrators’ fears and predictions have come true as the viral tweet alludes to.

Over 200,000 gallons of oil has leaked in South Dakota, Keystone pipeline creator TransCanada confirmed on Nov. 17. The leak, the largest in the state to date, follows another leak in April from the Dakota Access Pipeline that tainted the land with nearly 17,000 gallons.

“It is a below-ground pipeline, but some oil has surfaced above ground to the grass,” Walsh said of the most recent environmental setback. “It will be a few days until they can excavate and get in borings to see if there is groundwater contamination.”

← Charles Manson dead at 83; here’s why his health crisis was shrouded in secrecy
Activists Crash Press Conference to Challenge Trudeau on Climate Policy →