RSS
← Hundreds Of Newspapers Are Challenging Trump’s Attacks: ‘We Are Not The Enemy
John McCain’s Parting Message: Our Greatness Is in Peril →

It’s an agile world that moves at digital warp speed, raising the bar on customer expectations almost by the day. Businesses feel relentless pressure to keep up. But if conventional wisdom has always revolved around businesses serving consumers and one another through models that span back generations, the time has clearly come to let a bold new wave of technology optimize the environment for the future. 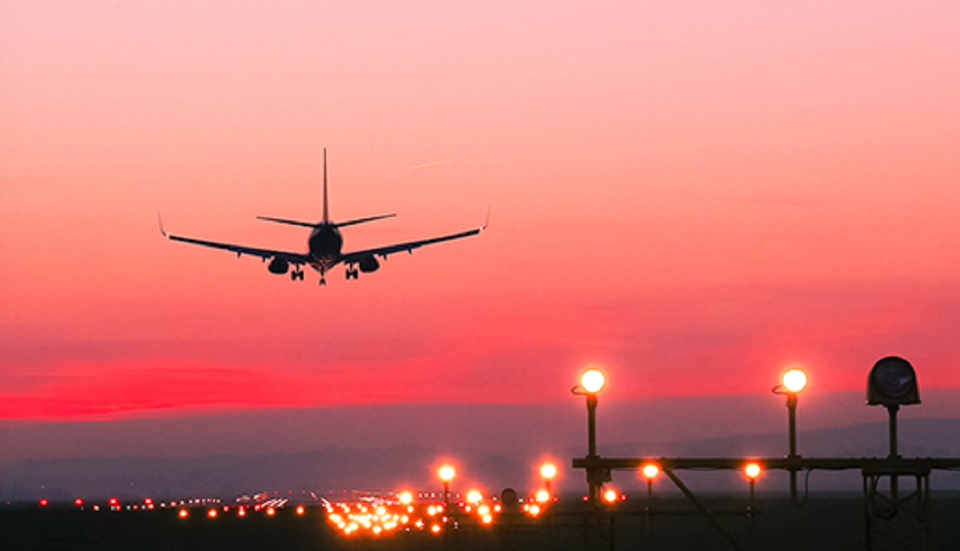 With these new technologies working in tandem, businesses are becoming more efficient and effective.ISTOCK

Enter the Internet of Things (IoT) and computer vision—breakthrough technologies that are taking the friction out of product development and simultaneously multiplying customer options while bolstering competitive advantage. With these new technologies working in tandem, businesses are becoming more efficient and effective.

Yet as Harvard Business Review explains, “To take advantage of new, cloud-based opportunities, today’s companies will need to fundamentally rethink their orthodoxies about value creation and value capture.” Here are three ways this rethinking has created revolution in the marketplace.

“Platform as a Service” is a business model that uses a cloud-based platform to collect and analyze data, and where payment is oriented toward services rather than physical goods. Think of it as akin to renting a car, where you are paying per use versus owning the asset. Platform as a Service leverages the IoT to monitor usage with sensors (embedded in the products themselves) that collect data for constant analysis—while also tracking the product’s performance and condition in real time.

One company that excels at Platform as a Service is Rolls-Royce, which through its TotalCare program, essentially rents (versus selling outright) its jet engines using a model known as “power by the hour.” TotalCare is charged on a fixed dollar-per-flying-hour basis and, since Rolls-Royce retains ownership, the company actively manages the engine through its life cycle to achieve maximum flying availability. The program also saves on fuel costs and reduces environmental impact since the collected data, and the associated analytics, keep engines running at peak efficiency.

TotalCare’s success rests on proactive maintenance, which is planned on the basis of the large amounts of data Rolls-Royce constantly collects on an engine’s performance. The engines continuously send telemetry data to four Rolls-Royce centers for monitoring. This sort of predictive maintenance—as opposed to preventive maintenance—eliminates guesswork, as the engines report their conditions to Rolls-Royce on an up-to-the-minute basis. It also saves businesses valuable time and resources, including labor costs, while guaranteeing optimal engine performance.

Based on the information Rolls-Royce data centers receive, an inspection can be scheduled, or spare parts can be directed to the right destination even before the pilots or the airline know that one of their engines has a problem. Combined with advanced analytics, this enables the company to perform upkeep and repair activity with minimal disruption.

The genius thinking behind the Peloton exercise bike follows the wisdom outlined in the Harvard Business Review piece, “How the Internet of Things Changes Business Models.” Peloton’s model represents a key paradigm shift made possible by IoT: The path to profit goes from “selling the next product or device” to “enabling recurring revenue,” which is much more lucrative.

What makes this possible? For Peloton, it begins with the base product, which retails for roughly $2,000 and is a high-end, indoor bicycle rigged with a Wi-Fi-enabled, 22-inch touchscreen tablet. But that’s not where the cyclical action, if you will, is in terms of revenue. Peloton also streams live and on-demand classes, which at-home users can connect to via Peloton’s servers.

Now, think of that content as something akin to a Netflix subscription: To get it, you have to pay for it. Since the streamed and on-demand content comes via an annual subscription of $400+, the bike produces its own stream—one of recurring revenue that goes beyond the sale of the physical product and can finance future Peloton innovation. With more than 150,000 bikes sold, that adds up to yearly subscription revenue in excess of $70 million.

Peloton has also added a powerful element of sport-meets-social media to the IoT cash flow mix. At one point, more than 11,000 people participated in a single live ride—each sending their data back to Peloton, which the company then used to create leaderboards and provide performance feedback. That large-scale competitive dimension keeps users coming back for more.

Another IoT tie-in comes through the use of technologies such as an onboard console app that can, for example, track performance issues from its bikes using onboard sensors. In the event of a problem, Peloton can retrace the exact steps a user took that led up to performance issues—making it much easier to troubleshoot problems.

It’s impossible to overestimate how much the Peloton system changes the person-versus-machine dynamic of the home workout or the gym. In fact, it’s safe to say that not since Frances Lowndes invented the Gymnasticon in 1796 has the exercise bike experienced such a paradigm breakthrough.

IoT also makes possible a level of customization unimaginable just a generation ago, to the point where businesses can now manufacture on demand, without keeping an inventory. Machine vision and other IoT sensors can generate measurements and specs implemented through additive manufacturing (3D printing) or other methods.

This also marks where the complementary technologies of artificial intelligence and computer vision come in. With artificial intelligence, a manufacturer can employ machine learning to a consumer’s tastes and requests, and generate suggested improvements or changes to orders over time. And computer vision—the ability of cameras and visual sensors to capture raw video and process it into useful, actionable information—has given a broad spectrum of companies a decided edge in the marketplace.

Think not only of breakout companies, or those with high profiles, but also your average retailer or coffee shop utilizing computer vision to tie in to your loyalty program and your browsing interest to push digital messages in-store to you and give you special pricing based on your loyalty program. Customer service gets a boost as well, as the technology cuts the cord to the cash register—which saves time at checkout—allows more engagement with customers and collects real-time inventory data to secure more sales.

For example, IoT technology and computer vision have turned mobile devices into de facto tailors. MTailor is a custom clothing company that exclusively uses a smartphone to take measurements for custom shirts, trousers and suits. First pitched on the reality TV show Shark Tank, MTailor works by using about 30 seconds worth of video a customer provides via their mobile device. MTailor claims 20% more accuracy than a human tailor, a claim bolstered by many positive reviews.

And at breakneck speed—literally the speed of a BMW—computer vision is headed towards a future where it will be able to process enormous amounts of data in real time. In the race to develop fully functional autonomous cars, Intel has partnered with BMW and Mobileye to bring autonomous fleets to the road by 2021. To appreciate the constant stream of data these cars will have to analyze, process and react to, think of all the visual stimuli a human driver takes in while negotiating traffic and road conditions, or responding to sudden weather changes.

Another company, STYR Labs, takes data from the end-user to create a customized nutrition plan. An activity tracker, wireless scale and a “smart bottle” for fluids collect an array of data that includes motion patterns, behavioral inputs and environmental conditions. The user data is then combined within STYR’s custom app—and cross-referenced with analytics from 250,000 scientific papers and clinical studies—to custom formulate multivitamins and protein blends for each consumer.

“Manufacturing is heading down the path toward personalization, shaped by the increasing amounts of data insights that are streaming from people, places and things,” says Chet Hullum, general manager of industrial solutions for Intel’s Internet of Things Group (IOTG). “It will give manufacturers the ability to become so much more efficient and safe in how they deliver their product to customers, aided by disruption in automation and controls, virtualization and software-defined machine control.”

An Internet Of Beautiful Things

Moore’s Law laid the foundation for understanding just how digital technology, as it multiplied in complexity, power and speed, would change the world. IoT beautifully illustrates this law at work as businesses move from static to dynamic models: where products continuously monitor and update themselves, or custom-made commodities become the rule, not the exception. Truly, for businesses ready to embrace its potential, it’s an Internet of Beautiful Things.

← Hundreds Of Newspapers Are Challenging Trump’s Attacks: ‘We Are Not The Enemy
John McCain’s Parting Message: Our Greatness Is in Peril →