Only 7 Candidates Have Qualified for the Next Democratic Debate

The Democratic National Committee has set stricter criteria for the third set of debates, which will be held on Sept. 12 and Sept. 13 in Houston. If 10 or fewer candidates qualify, the debate will take place on only one night.

[The race is fluid, and other things we learned from the July Democratic debates.]

Candidates will need to have 130,000 unique donors and register at least 2 percent support in four polls. They have until Aug. 28 to reach those benchmarks.

These criteria could easily halve the field: The first two sets of debates included 20 of the 24 candidates, but a New York Times analysis of polls and donor numbers shows that only 10 to 12 candidates are likely to make the third round.

A spotlight on the people reshaping our politics. A conversation with voters across the country. And a guiding hand through the endless news cycle, telling you what you really need to know.

[When will the Democratic field start to shrink?]

Seven candidates have already met both qualification thresholds and are guaranteed a spot on stage. They are:

Three other candidates are very close: The former housing secretary Julián Castro and the entrepreneur Andrew Yang have surpassed 130,000 donations and each have three of the four qualifying polls they need, while Senator Amy Klobuchar of Minnesota has met the polling threshold and has about 120,000 donors.

Beyond them, only three candidates have even a single qualifying poll to their name: the impeachment activist Tom Steyer (2 polls), Representative Tulsi Gabbard of Hawaii (1) and former Gov. John Hickenlooper of Colorado (1).

We asked all three of their campaigns to provide donor numbers so we could assess where they stood. Ms. Gabbard had just under 114,000 donors as of Wednesday night. A spokesman for Mr. Steyer said he was “on track to collect the required number of donors to make the September debate stage” but did not give a number. Mr. Hickenlooper’s campaign did not respond, but Politico reported a month ago that he had only 13,000 donors.

The other 11 candidates in the race have no qualifying polls to their name, and they all went into this week’s debates seeking a viral moment that would attract new donors and lift them, even briefly, in the polls.

The qualification rules do not require enduring support. Even a small post-debate surge could push a 1 percent candidate up to 2 percent in the small handful of polls he or she needs. 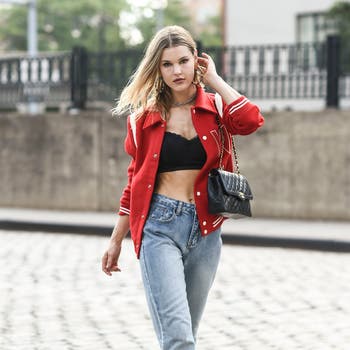 The Bralette Is Back. This Time Blouses Are Optional.

But for those who have not qualified, the Aug. 28 deadline is an existential threat. Candidates like Senator Kirsten Gillibrand of New York or Gov. Jay Inslee of Washington could be washed out of the race if they don’t get momentum from this week’s debates. And if you’re wondering whether they’re anxious, the answer is yes.

Ms. Gabbard’s campaign calculated at one point that she needed a new donor every minute to reach 130,000 by the Aug. 28 deadline, so if you go to her website, a timer next to the donation button begins counting down 60 seconds. Then the text changes.