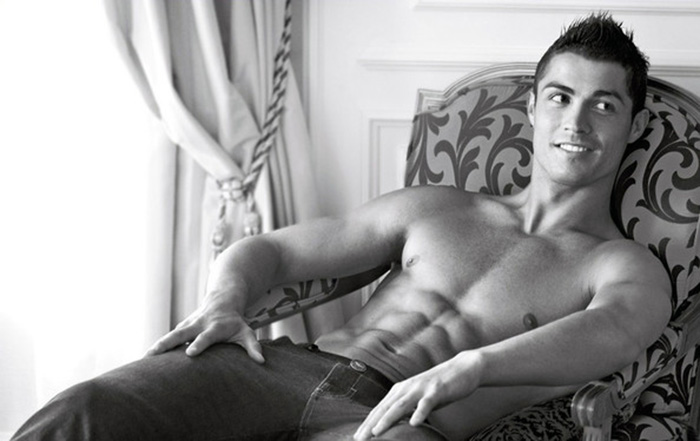 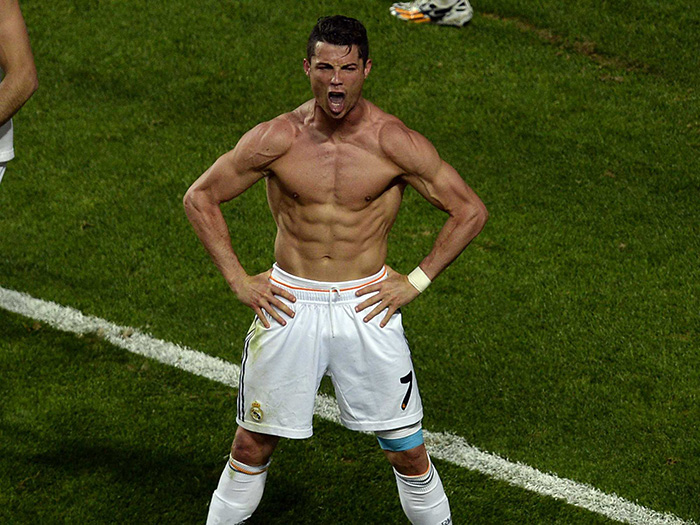 How much blood is there on your ring finger?

Reasons to Care Where Your Diamond Comes From provided by Brilliant Earth.

A street is closed near the scene of twin bombings at the Boston Marathon on April 17, 2013 in Boston.(AFP Photo / Spencer Platt)

Law enforcement officials in Boston tell reporters that they have arrested a suspect thought responsible for Monday’s deadly bombing.

CNN confirmed the news at 1:45 p.m. local time when journalist John King said both a federal source and a Boston law enforcement source confirmed the news. Reporter Fran Townsend then added over the phone that “there is an arrest that has been made in the Boston bombing case based off of two independent videos.”

The suspect is now expected to arrive at a federal courthouse in Boston.

Earlier in the day, CNN reported shortly after 1 p.m. that a suspect has apparently been identified. The suspect’s name has not been made public as of this time, but he is reportedly a dark-skinned male, according to police.

According to CNN’s sources, surveillance video from a Lord and Taylor department store and a local television station are believed to have helped authorities identify the person sought responsible for Monday’s incident, which US President Barack Obama said on Tuesday is being investigated as an act of terror.

CNN’s King reports from Boston that the video footage helped police narrow in on a person being considered a suspect in the attack “to such detail, I’m told, that they believe they have a clear identification, including a facial image of a suspect.”

The footage, sources say, show the suspect carrying and perhaps placing down a black bag that is thought to have contained a bomb that was detonated at the second of two crime scenes near the finish line of the annual Boston Marathon just before 3 p.m. on Monday.

The mayor of Boston, Massachusetts has confirmed that a suspect was ID’d, and officials are expected to speak to the press at 5 p.m. Wednesday afternoon. According to sources speaking to the Boston Globe, authorities may publicize their findings at that briefing. 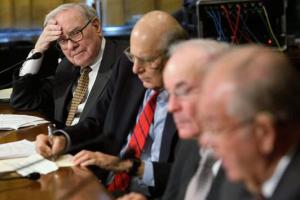 Warren Buffett, in a recent interview with CNBC, offers one of the best quotes about the debt ceiling:”I could end the deficit in 5 minutes,” he told CNBC. “You just pass a law that says that anytime there is a deficit of more than 3% of GDP, all sitting members of Congressare ineligible for re-election.

The 26th amendment (granting the right to vote for 18 year-olds)
took only 3 months & 8 days to be ratified! Why? Simple!
The people demanded it. That was in 1971 – before computers, e-mail, cell phones, etc.

Of the 27 amendments to the Constitution, seven (7) took one (1) year
or less to become the law of the land – all because of public pressure.

Warren Buffet is asking each addressee to forward this email to
a minimum of twenty people on their address list; in turn ask
each of those to do likewise.

In three days, most people in The United States of America will
have the message. This is one idea that really should be passed
around.

A Congressman/woman collects a salary while in office and receives no
pay when they’re out of office.

3. Congress can purchase their own retirement plan, just as all
Americans do.

4. Congress will no longer vote themselves a pay raise.
Congressional pay will rise by the lower of CPI or 3%.

6. Congress must equally abide by all laws they impose on the
American people.

Congress made all these contracts for themselves. Serving in
Congress is an honor, not a career. The Founding Fathers
envisioned citizen legislators, so ours should serve their
term(s), then go home and back to work.

Small Portions of Hope for the Construction Industry

For building firms and their suppliers this week’s “Government Construction Summit” has offered some mixed messages for the future.  The summit focussed closely on government procurement policies and efficiency savings; but amidst a rash of cuts in government spending, what do these efficiencies amount to?  Both the cabinet office minister Francis Maude and his chief construction advisor Paul Morrell outlined the current position for the construction industry and their own thinking on government building contracts, strategy and procurement.  The summit had a keen focus on both saving money, with some suggestions of possible opportunities for the building industry.

Building firms, however, may be less interested in how the government proposes to streamline its processes and more on the availability of construction contracts.  The summit showed that last year the number of contracts for new schools fell by thirty per cent while for roads the figure was nearly fifty per cent.  For many this is no surprise as the government’s austerity measures begin to bite and the effect on the construction industry has been clear with big names such as John Doyle going into administration last month and the subsequent loss of 290 jobs.  Like many other suppliers to the construction industry Doyle’s disappearance from the industry is a significant indicator of the effect that the lack of large scale projects is having on the industry.

The Private Finance Initiative (PFI) sector has provided a good market for construction firms in the past, however, at the summit the Treasury’s Infrastructure Unit could only announce that plans for the successor to the initiative will be made clear well before the autumn, and could be available in the next few weeks.  If this raised hopes for construction firms the statement was qualified by the statement that ‘we have had the largest successful investment in s social infrastructure since the Second World War already.  That “already” may be one that suggests there may not be much more on the PFI front planned for the near future.

Despite a cast of thousands in construction terms, the Olympian task of constructing the facilities for the Games Atkins remains the only construction company permitted to use its involvement in the project for marketing purposes.  This was confirmed at the summit, although smaller contractors were advised they could always tell prospective clients that they had been involved.  Sort of along the lines of “It was this big. Honest”.  Having paid for the privilege, it seems that Atkins intend to hold onto their exclusivity, while the smaller firms who have helped to make the Games possible will receive marginally less recognition than your average torch bearer.

Tsunamis are not normally considered a great idea, but Terry Fuller the Homes and Communities Executive director promised one is on its way for construction firms, as housing finances are handed back to local councils.  This particular mega-wave is expected to come in the form of a flood of building contracts, according to Fuller, as councils rush to spend their new found rental income.  On the same theme Fuller disclosed that social housing landlords who fail to meet construction targets may have their funding removed and passed onto others, to ensure enough homes are built on time.

Overall the summit provided a glum picture of the construction industry at present, despite the major construction projects promised in the form of nuclear power plants and at least one high speed rail link in coming years.  While the government’s plans to rationalise its spending may not be of much interest to building firms, the changes to funding for housing could offer some hope, as could changes in the way grants are administered to social housing.  For construction firms, large or small, finding their own efficiency savings seems to be the order of the day.

For all sectors in the construction industry, from concrete batch plants suppliers to scaffolding firms, the governments summit this week has provide small portions of hope and some very mixed messages.

The toys we have on our iPhones 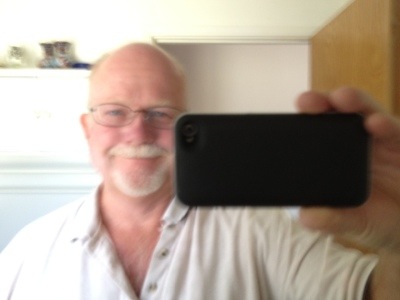 Who says you can’t teach an old dog new tricks. I have always enjoyed technology but find something new every day. In writing my grocery list I noticed that my notepad on my iPhone has speech recognition software. Thinking myself very clever I composed a short note on my notepad and cut it and pasted it into a text message to send to my wife. Having thought this absolutely wonderful are you then cut a note and started to pasted into my WordPress blog. Much to my surprise I found that the blog site also house Word recognition software. Our iPhones grand.

You have to go through and edit some of the translations but generally this saves an immense amount of time. Especially if you are trying to type on an iPhone, I am no where as good as my kids are at that.

I always enjoyed writing blogs, but sometimes the act of typing takes longer than it takes for a thought to get out of my mouth.

With my new discovery I can speak as quickly as the thoughts enter my head and record them at the same time. People sitting next to me on the train might think I am talking into a robotic device but then after all I guess I am. This entire blog was my first attempt and written entirely on speech recognition software from an iPhone 4 ain’t excuse me. There have been no editing at all so excuse some of the grammar and misspellings but all in all I think this is a very valuable tool.

29 May
Isaac Lamb proposed to his girlfriend, Amy, in a very innovative way, and the video has gone viral.
Check out Isaac’s incredible proposal – set to Bruno Mars‘ “Marry You.” 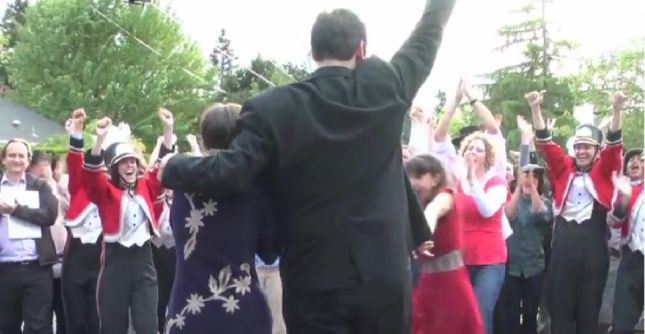 When Isaac Lamb decided to propose to his girlfriend, Amy, he knew he wanted to do something over-the-top. but not even Amy was prepared for the elaborate proposal he staged with 60 of their closet friends and family members. The video went viral – and has already amassed almost 6 million views on YouTube at last count.

The video even got Bruno Mars’ stamp of approval!

Congrats to Isaac Lamb and the future Mrs.. I don’t think I could’ve made a better music video for this song. Thank youvimeo.com/42828824