What’s the Deal with the Northern Lights?

You see them displayed in Christmas movies as a phenomenon of the North Pole. But the Aurora Borealis, as they are scientifically referred to, are actually visible from areas of the earth much farther south than the north pole. If you want to enjoy the beauty and wonder that is the Northern Lights, here are a few interesting things you should know: 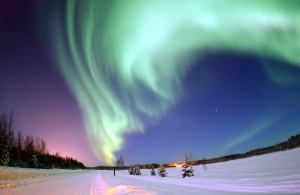 Natalie Clive is a writer for MyCollegesandCareers.com. My Colleges and Careers is a useful website that can help students find the best online universities where they can earn a college degree. Individuals with a college degree are more likely to have a higher quality of life.