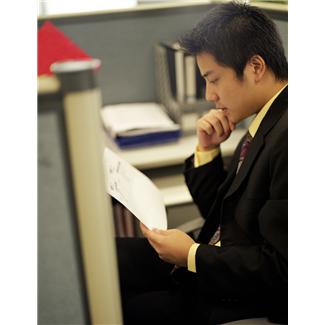 During the years after the war, there was an increase in the number of babies born in the UK, hence the term ‘baby boom’. But populations rise and fall, and so do the demographics therein. Due to a fall in the number of births, the age of the country’s people as a whole is set to rise.

This increase in the number of older people brings with it a number of challenges in terms of public spending and already the default retirement age of 65 had been abolished. Those who can afford to can still retire whenever they like, of course, but it is envisaged that in the future people will work for a longer period of their life than they had previously.

And according to an ICM poll that was commissioned a couple of years ago, less than a third of the workforce has made ‘adequate’ provision for retirement, which suggests that the majority of people could be working beyond the age of 65.

The Equality Act of 2010 makes it clear that employees can’t be discriminated against because of the age they happen to be. Which in turn means that organisations will increasingly require to have policies in place to prevent it occurring in the areas of recruitment, pay, training and so on.

From a health perspective, it’s obviously the case that older employees will have different needs and requirements. According to the UK Government’s Health & Safety Executive there are differing patterns of absence between younger and older employees in general – older people having fewer instances of sick leave, but the absences being for a longer period of time.

One important factor for health is that – as we all know – healthy lifestyles mean better health overall in the long run. So encouraging a set of conditions that mean the young workforce of today have healthy habits will have a positive effect on the future of their health.

Regardless of what average age the workforce eventually becomes, there is likely to be increasing focus on health and wellbeing – since both of these now look unarguably to have positive effects on productivity.

Continually improving things like job design, mental health promotion, working practices and so on, should mean the health of the workforce will undoubtedly benefit. Group health insurance  is likely to become more often included as part of the employee benefits package, especially as when the population ages more strain is widely predicted to be put on the health service.

Technology in terms of medical procedures, treatments and diagnostics will likely also have an effect on the workforce – and in the last two decades sickness absence has decreased to a remarkable extent. If this trend continues, then the chances are that some of the health issues that can affect older employees will be lessened in effect.

Human longevity is on the increase. And as the island communities of Okinawa in Japan and Ikaria in Greece have shown us, people can live healthy and productive lives to an age that far surpasses even the life expectancy of previous generations.

About the author: health blogger J. Jones writes on workplace wellbeing for a number of blogs, add her to your circles on Google+. 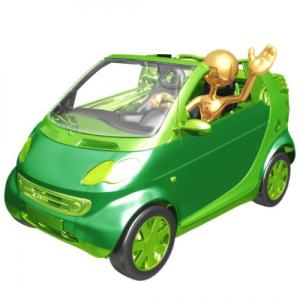 There has been a resulting focus on energy consumption in businesses with various regulations and incentives for organisations to become, and remain, environmentally friendly.

Cutting the amount of energy used in the physical workplace, whether it is an office, hospital, educational establishment or otherwise, is one of the main ways for a business to become more eco-friendly.

Transport is another major area which can be adapted to embrace energy saving measures. If you have a fleet of cars which are used for business purposes then there plenty of scope to save both energy and money.

When purchasing company cars, make your selection based on fuel efficiency. This will not only save your business money but will have a significant impact on the emissions released. Car sharing could be another option worth considering. Think about whether or not each individual staff member needs their own vehicle for everyday business. If not, a car pool scheme could be the ideal way to save a hefty sum.

It can prove worthwhile to provide your staff with training for fuel efficient driving techniques. According to Business Link, men and women who have taken part in the Safe and Fuel Efficient Driving (SAFED) training course save an average of £500 each year, simply by driving in a more energy efficient way.

How your employees get to work is another area to consider when cutting energy consumption. Promote car sharing amongst employees and do everything possible to make the system accessible and easy to use. Ensure there are good facilities, such as showers or bicycle racks, for staff who cycle or walk to work.

If you are searching for new office space then look at locations in close proximity to public transport links. This encourages staff and anyone else visiting your office to make use of public transport instead of driving or taking a taxi.

The same principle can be applied to any business events being planned. Using an easily accessed venue will make it more likely that visitors will use public transport.

Many organisations are introducing travel plans to reduce car use and increase energy efficiency, with funding and incentives often available. The Enhanced Capital Allowance Scheme offers a tax incentive to businesses that invest in energy saving equipment and there are numerous ways in which your business may be rewarded for adopting an eco-friendly approach to transport and other running costs, such as business electricity.

Jennifer is a part of the digital blogging team at cashzilla.co.uk who work with a growing number of finance brands. For more information about me, or to keep up to date with the latest in finance news, check out my posts at cashzilla.co.uk or visit my Twitter account, @cashzilla.

Posted by steve@bayintegratedmarketing.com on April 27, 2011 in Business